Janet Halfmann
South Milwaukee, WI
​
Janet Halfmann is an award-winning children's author who strives to make her books come alive for young readers and listeners. Many of her picture books are about animals and nature. She also writes picture book biographies about little-known people of achievement. Janet has written more than forty fiction and nonfiction books for children.

Previously, Janet was a daily newspaper reporter, children's magazine editor, and a creator of coloring and activity books. She is the mother of four and the grandmother of six. Janet enjoys gardening, exploring nature, visiting living-history museums, and spending time with her family. She grew up on a farm in Michigan, and now lives with her husband in South Milwaukee, Wisconsin. Find out more at www.janethalfmannauthor.com. 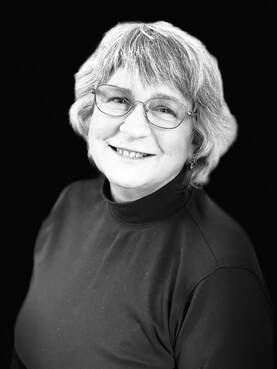 Patti Procopi​
Gloucester, Virginia
​
A former Army brat, Patti Procopi lived all over the world before settling in the rural community of Gloucester, Virginia. There with her husband, Greg, they raised three daughters and numerous cats and dogs.
​
Patti worked for two area history museums for over thirty years and after retiring decided it was time to try for the career she had always dreamed of - being a writer.
She had a few missteps along the way but her first novel was published last year.
When not working on her next novel Patti spends time gardening, doing yoga and rescuing raptors for a wildlife rehab facility. She and her husband also love to travel and hope to be able to go someplace this year. 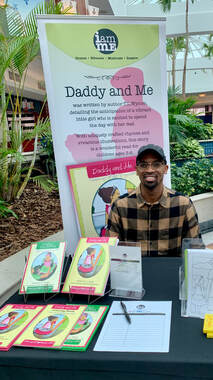 T.L. Wynne
Newport News, VA
​
As a writer T.L Wynne’s purpose is to focus on eradicating the negative misconceptions that our society has on young African American fathers and their relationship with their children, by illustrating a father as a positive role model.

With the belief that all children deserve to be represented in the stories that they read, his stories not only embrace the positivity of fatherhood, but they also express the importance of culturally diverse literature. 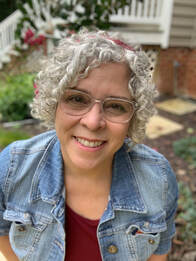 Bridgette Fowler
Powhatan, Virginia
​
Bridgette Fowler worked in the field of healthcare for thirty years. She began her career in audiology helping the youngest ears hear, and ended it ensuring elderly ears could continue to hear the words of their younger counterparts. Today, she is reaching out to all those same ears through her poetry. Writing poems that are both poignant and whimsical, her words speak directly to the issues faced by our youth. She is an avid proponent of mindfulness meditation and touts the practice as a means to keep both mind and body healthy. Additionally, seeing an ever more present disconnect between adults and children, she seeks to bring the generations together by melding her two loves: poetry and mindfulness. 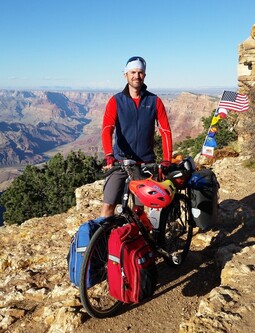 Chris Register
Charlottesville, VA
​
Chris Register served in the Peace Corps, graduated Georgetown Law, and litigated cases in U.S. district court before undertaking the Conversations With US project. This 50-state, 16,000-mile bicycling exploration of America now invites readers to ride along and connect with the landscapes and people of our shared nation.